he 13th Doll is a game created by and for fans of The 7th Guest series! It began as an all volunteer, freeware passion project, but evolved into a fully licensed game.

In the 7th Guest, evil toymaker Henry Stauf built a mansion, and invited 6 guests. A 7th Guest, Tad, snuck in and was trapped there, afflicted by mystifying spirits, dolls and the ghosts of the other guests – until he defeated Stauf.

The 13th Doll ties in with the events of The 7th Guest. A decade after Tad managed to escape the mansion, he is still haunted by the souls, dolls, and Stauf’s victims he left behind. So haunted, in fact, that the young man now resides in a mental institution – misunderstood, plagued by guilt and obsessed with one idea: to escape the dreary padded walls of his asylum cell, return to the mansion – the site of his innermost fears – to rescue those he left behind and defeat Stauf once and for all! 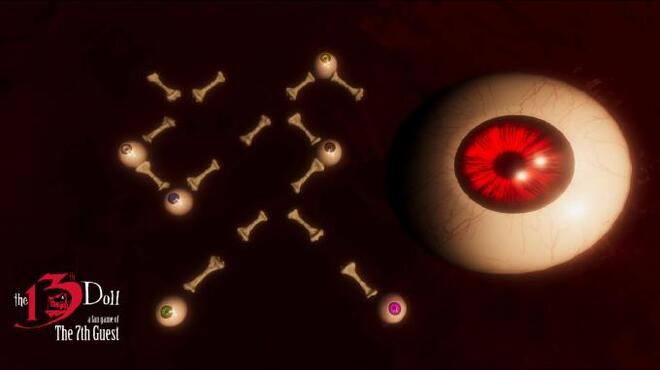